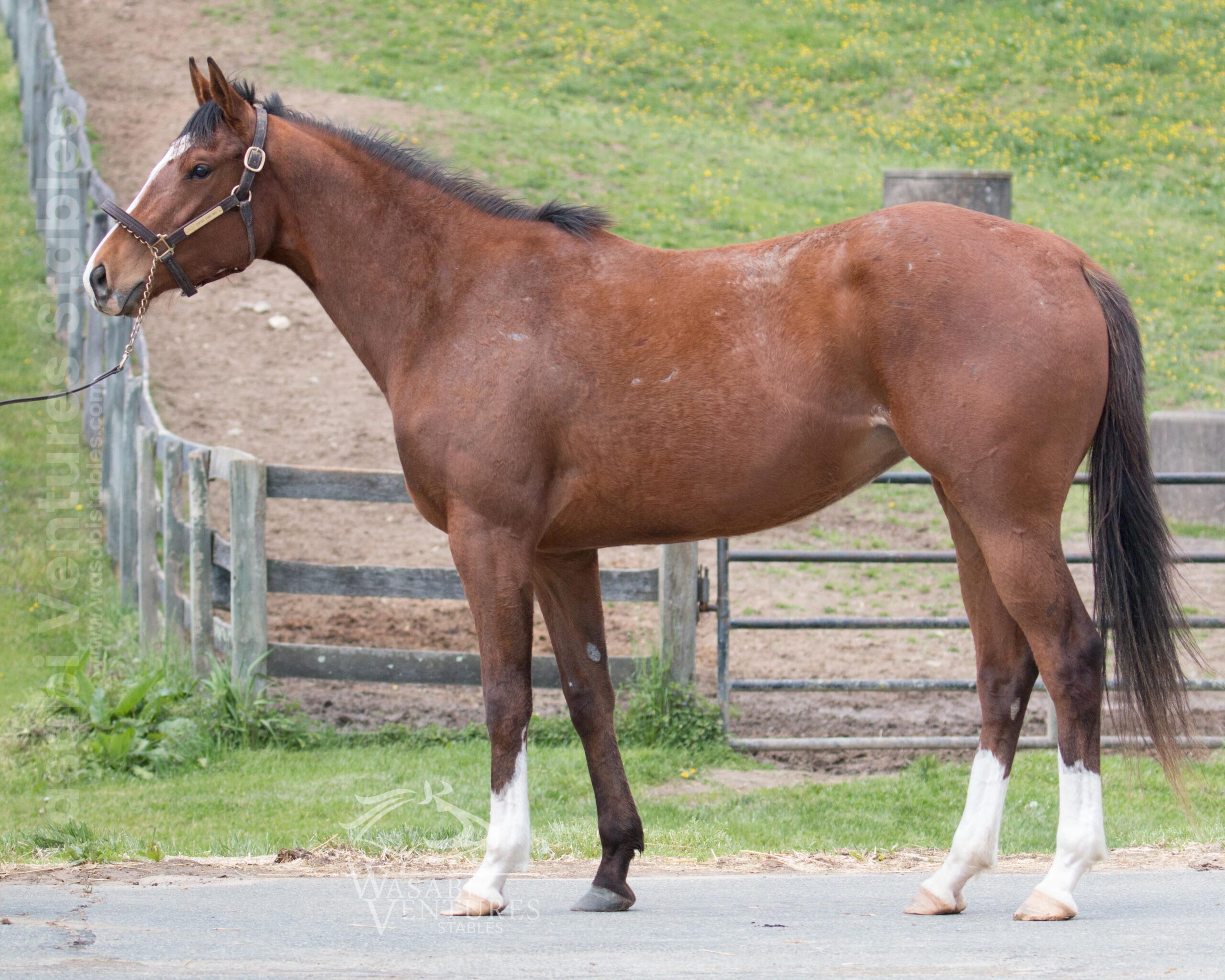 Though unraced, Coffee Pond comes from a deep and successful European female family which gives her a big chance to make an excellent broodmare.  Her 4th dam, Doff the Derby, produced Epsom and Irish Derby (both G1) winner Generous, plus Oaks and 1000 Guineas (both G1) winner Imagine (subsequently the dam of 5 stakes winners, 3 of them G1 winners, including 2020 2YO G1 winner Van Gogh).  Doff the Derby is also a half-sister to Eclipse Champion Trillion (dam of Triptych).

Closer up in Coffee Pond’s pedigree, her own dam is a half-sister to 6x G1 winner Moonlight Cloud and stakes winner Cedar Mountain.

Coffee Pond is the first foal out of her dam, the Montjeu mare When In Doubt, and was purchased at Tattersalls as a yearling by top bloodstock agent Liz Crow.  Coffee Pond’s year-younger half-sister is by Invincible Spirit (sire of Moonlight Cloud) and was purchased by Mike Ryan for the equivalent of $203,475 at Tattersalls as a yearling and will be trained by Chad Brown, while there is a just-turned yearling half-brother to the pair by Roaring Lion also in the pipeline.  When In Doubt has a just-turned 3YO half-sister by Kingman named Vouchsafe who was placed earlier in 2021 for Moonlight Cloud’s connections (George Strawbridge & Freddie Head), and her 2YO half-brother is by Frankel.  And Moonlight Cloud has a 2YO colt by Dubawi named Moon Watch and a yearling filly by Sea the Stars working for her.

Coffee Pond is currently pregnant for the first time and due to deliver a 2022 foal by brilliant young turf stallion Demarchelier.  She will then be bred back to freshman sire Raging Bull at Gainesway Farm.