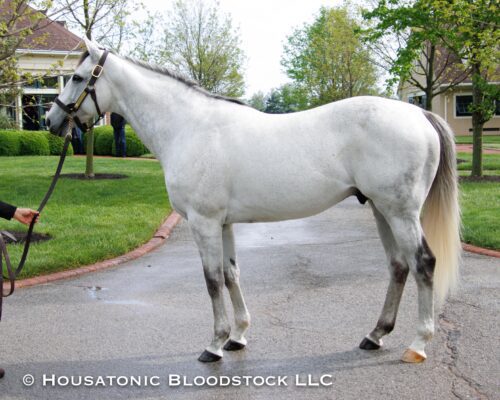 Gift Box (by Twirling Candy out of Special Me, by Unbridled’s Song) had a huge reputation throughout his racing career, which included being a Grade 2-placed 2YO, a TDN Rising Star at 3, and winning the Grade 1 Santa Anita Handicap as an older horse.  He now stands at stud at Lane’s End Farm in Kentucky.

Bred by Machmer Hall Stud out of their terrific producer Special Me, Gift Box was a $135,000 weanling selection by the astute judge David Ingordo.  He began his racing career for owner Will Farish and trainer Chad Brown, for whom he broke his maiden second time out at 2, then finished 3rd in the G2 Remsen.  He earned TDN Rising Star status in his 3YO debut, and also finished 2nd in the Curlin Stakes at Saratoga that season.

Physically, Gift Box has plenty of size and a ton of substance, very much in the mold of his sire and broodmare sire.