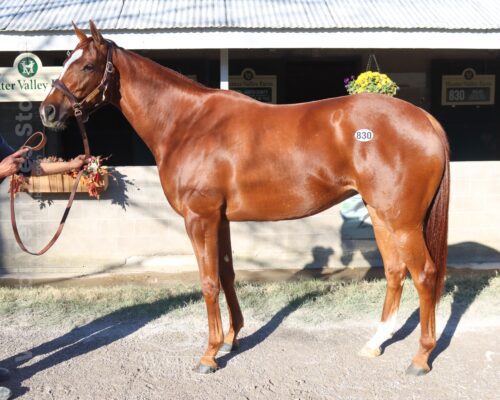 Paw Prints hails from the deep Juddmonte female family of Zafonic and Zamindar, and is herself a half-sister to the G1 winner Announce (also a black-type producer) and G3 winner/G1 classic-placed Mexican Gold, plus three additional black-type runners, one of whom is also a black-type producer.  In total, Paw Print’s dam Hachita has produced 10 foals to race, and all are winners.  Still to come, she has a unraced 3YO son of Uncle Mo named Lysander who is on the worktab, and a yearling filly by Constitution.

Five other daughters of Hachita are in production, with recent offspring by the likes of Arrogate, Constitution, Street Sense, Into Mischief, Not This Time and Pinatubo — so as accomplished as this family already is, it is still active with plenty of room for updates.

Paw Prints herself is a daughter of the multiple leading general sire Kitten’s Joy, of course also an Eclipse Champion Turf Horse and leading turf sire with over 100 stakes winners to his credit.  He is already the broodmare sire of over 30 stakes winners, including G1 winners Channel Cat, Fire At Will and First Constitution.

Wasabi acquired Paw Prints (when she was known as Malati) for $47,000 at the 2022 Keeneland November Sale as a broodmare prospect, and she will be mated for the first time in 2023.